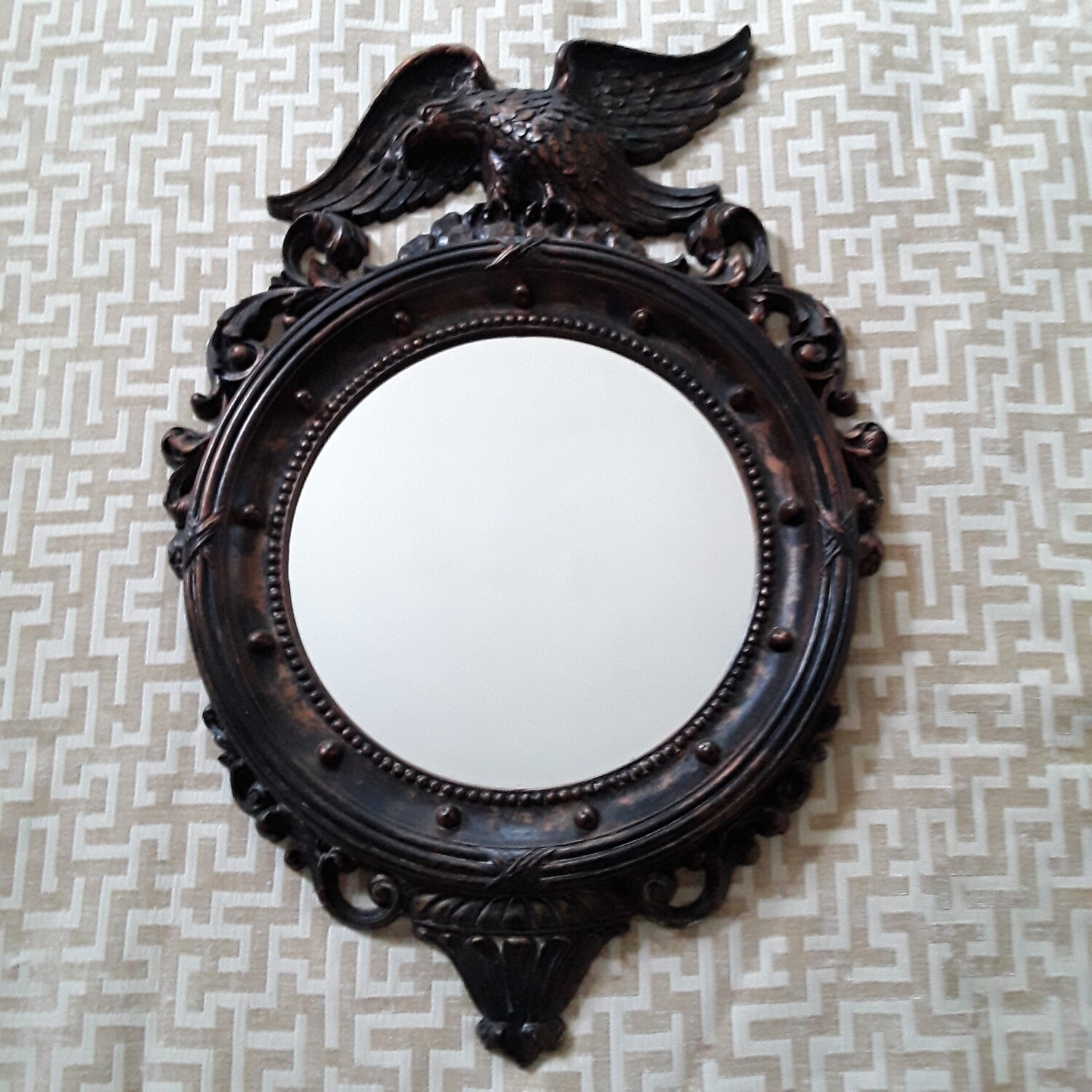 In overall very good condition for its vintage age, the mirror's glass has no large chips, cracks, or ghosting. The resin frame has no large cracks or gouges. There are some areas of minor wear to the finish as well as the mirror's backing is as shown consistent with this piece's age and prior use. Made in the USA by Dart Industries and marked with the date 1959 in Roman numerals as well as 4007 on the back.

The Syracuse Ornamental Company, or Syroco, was founded in 1890 in Syracuse, New York and became well known for products made from molded wood pulp resembling hand-carved pieces. By the 1960's the company added injection molded plastics to its line of decorative pieces. In 1965 Syroco was bought by Rexall Drug and Chemical Company, which changed its name to Dart Industries. Coppercraft Guild, founded in Taunton, Massachusetts in 1949, also eventually became a subsidiary of Dart Industries. As the parent company of both Syroco and Coppercraft Guild, Dart Industries reused Syroco's original molds.

Vintage items are by nature pre-owned and in many cases previously used. As such, vintage items often have evidence of prior wear, use, or flaws. Every effort is made to depict the items and their condition accurately in the listing photographs and description. Vintage items are sold "as is" in "as found" condition, and all sales are final. Please see Our Shop Policies for additional information and feel free to contact us with any questions.